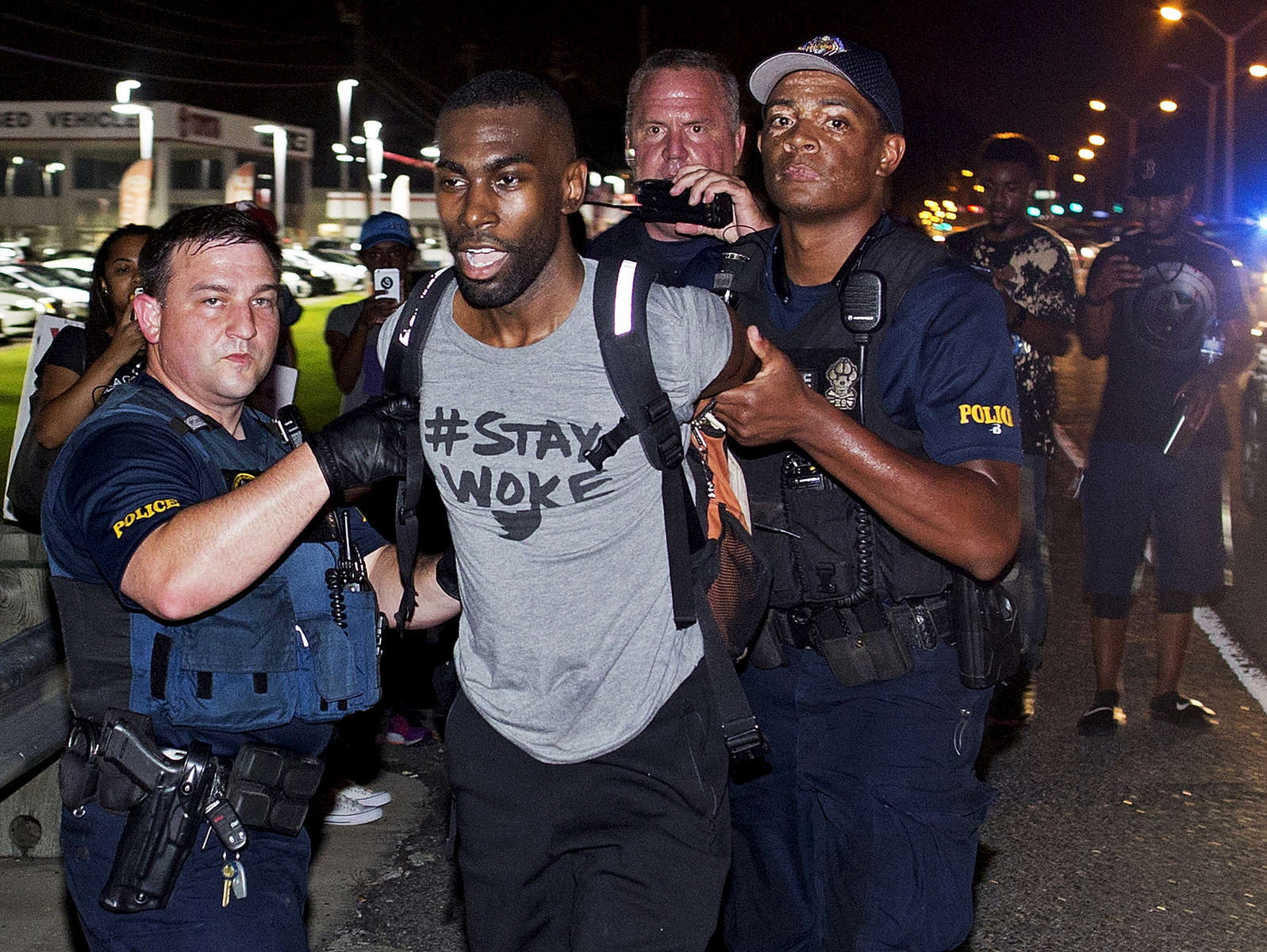 
Baton Rouge police officers arrest a prominent Black Lives Matter activist, DeRay Mckesson, for allegedly obstructing a highway during a protest in support of justice for Alton Sterling in Baton Rouge, La. Saturday, July 9, 2016. Video shot by Mckesson in the moments before his arrest show him walking alongside Airline Highway on his way back to the main area where the protests were going on when he was arrested. (AP Photo/Max Becherer)