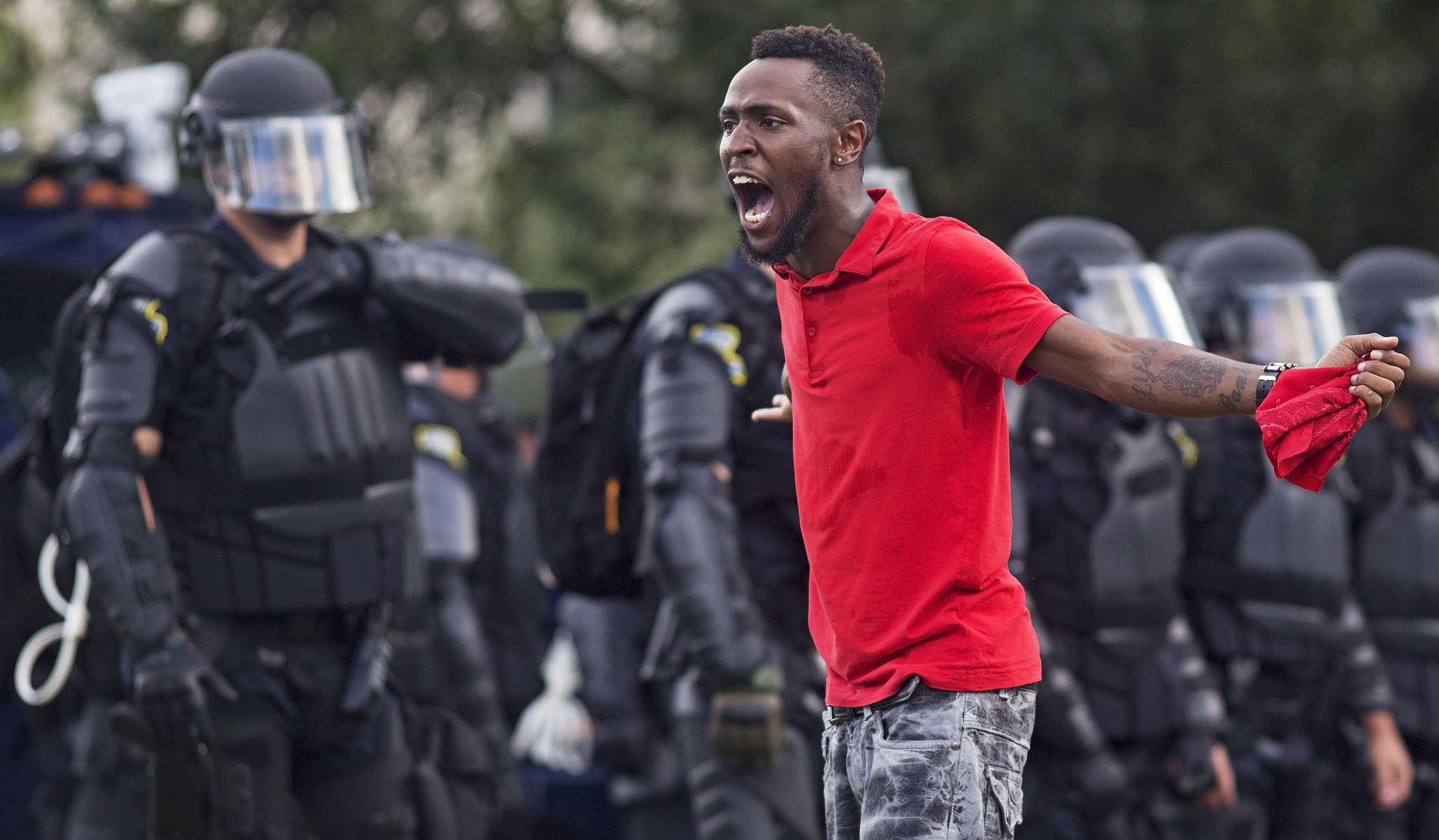 
A protester yells at police in front of the Baton Rouge Police Department headquarters after police arrived in riot gear to clear protesters from the street in Baton Rouge, La. USA, Saturday, July 09, 2016. The starting point of Saturday's demonstration was the convenience store where 37-year-old Alton Sterling, a black CD seller, was captured on video being shot and killed by white police on July 5th. Protesters then fanned out to the Baton Rouge Police Department and the State Capitol. (AP Photo/Max Becherer)