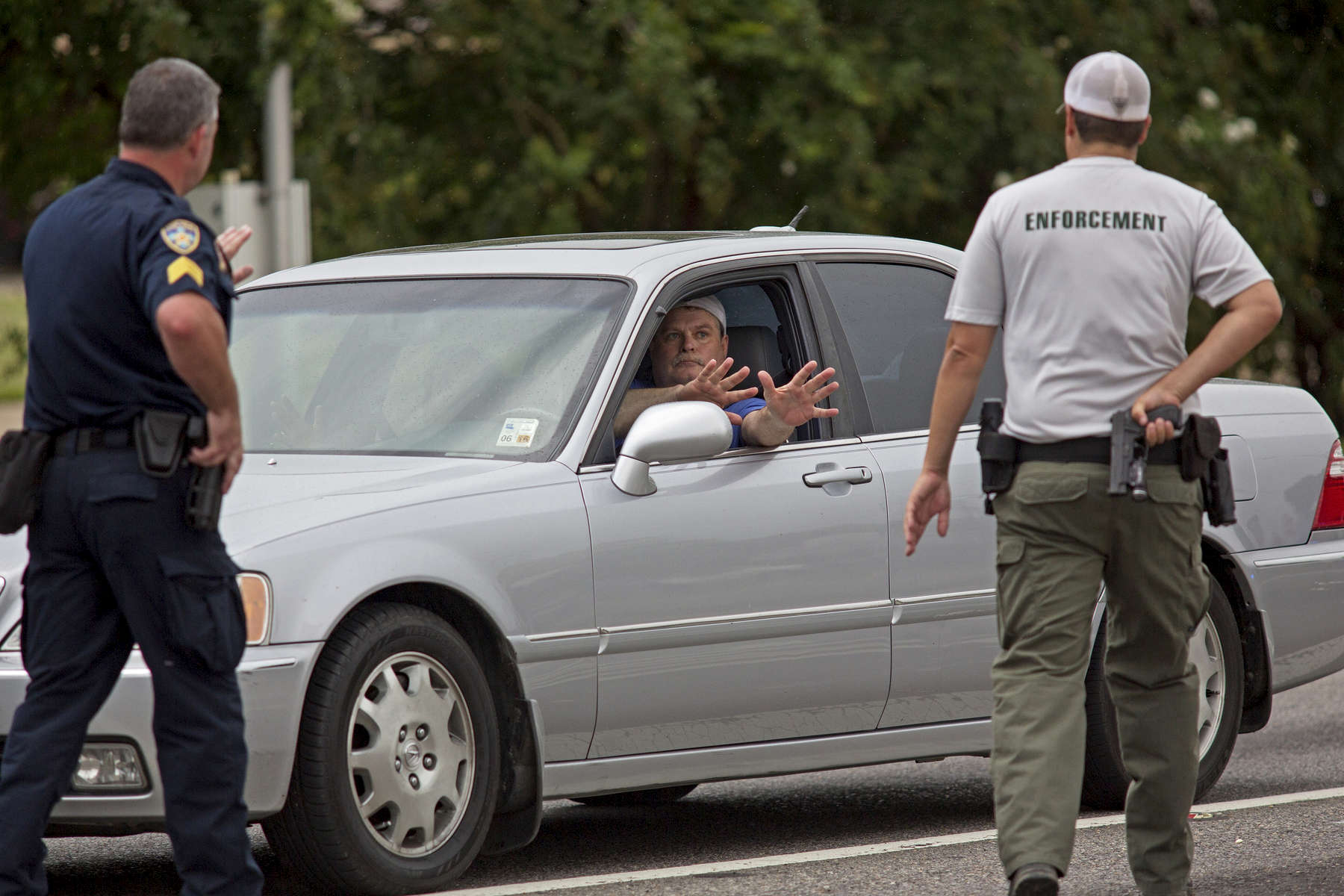 
Police stop a car and direct the driver to show his hands after coming from the direction of a police shooting on Airline Highway in Baton Rouge, La. USA, on Sunday, July 17, 2016. The driver's car was searched, his identification checked, then he was allowed to continue. Three officers are confirmed dead and three others wounded after a shooting in Baton Rouge, Casey Rayborn Hicks, a spokeswoman for the East Baton Rouge Sheriff’s Office said. (AP Photo/Max Becherer)