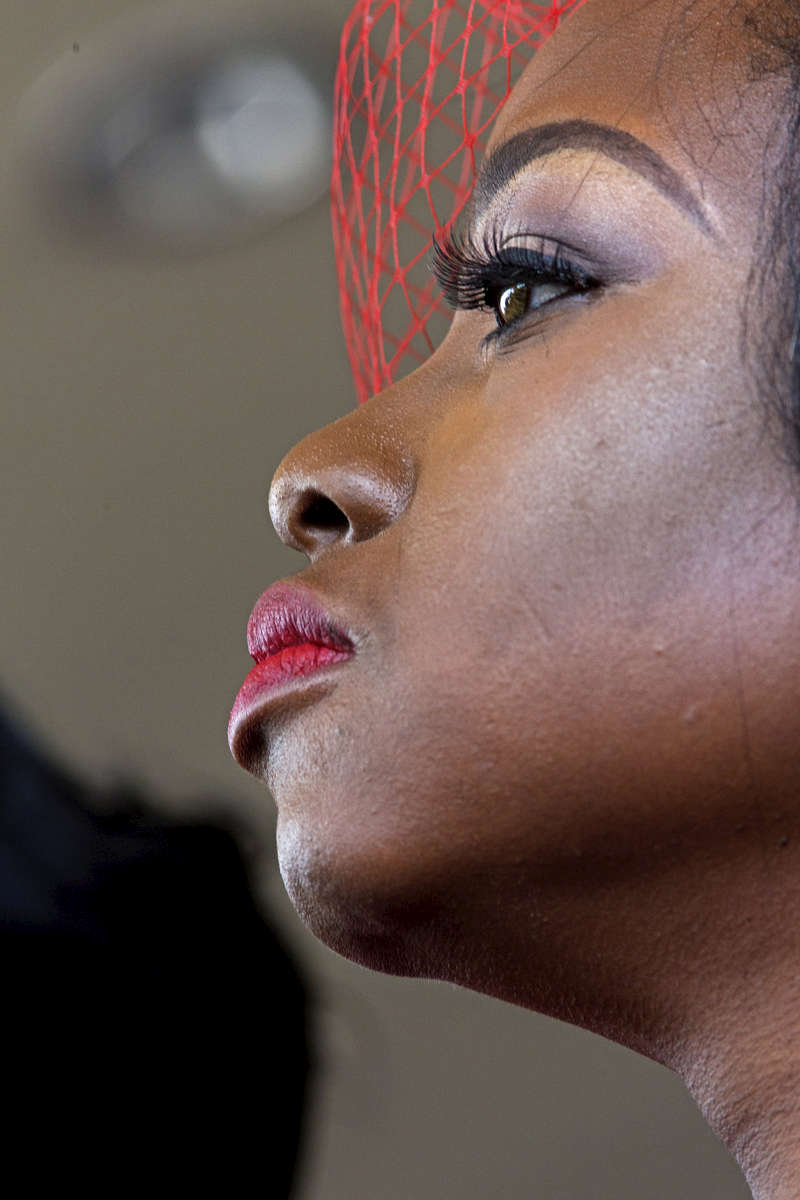 
Trenisha Jackson, widow of slain Baton Rouge police officer Montrell Jackson departs the Living Faith Christian Center as she watches her husband's coffin being loaded into a hearse at the conclusion of his funeral in Baton Rouge, La. USA, Monday, July 25, 2016. Multiple police officers were killed and wounded Sunday morning in a shooting near a gas station in Baton Rouge, less than two weeks after a black man was shot and killed by police here, sparking nightly protests across the city. Speaking at the funeral of her fallen husband, Montrell Jackson, Trenisha Jackson said, "I know that there is fear and unrest among those who feel like all police are bad, but please know and understand that not all police are bad. If you have been wronged by an officer, call them out by saying that particular officer's name." As for her husband she said, "My husband deserved to wear his badge." (Max Becherer/Polaris)