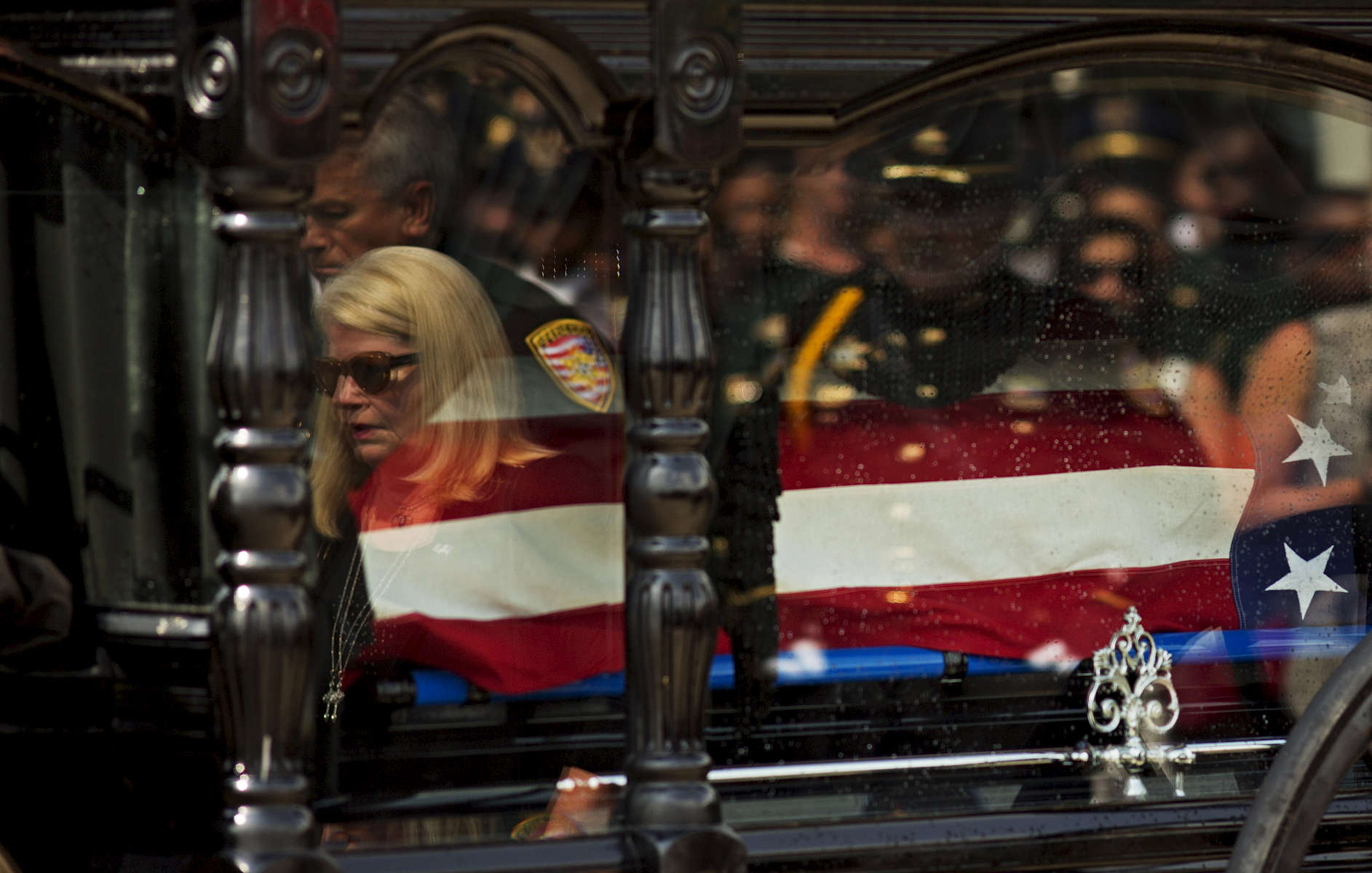 
East Baton Rouge Parish Sheriff Sid Gautreaux and his wife are reflected in the glass of the horse-drawn carriage carrying the casket of East Baton Rouge Sheriff's Deputy Brad Garafola at the Istrouma Baptist Church in Baton Rouge, La. USA, Saturday, July 23, 2016. Garafola is survived by a wife and four children; sons ages 21 and 12; and daughters ages 15 and 7. "When that assassin's bullet targeted our heroes — and he was an assassin — he not only targeted them, he targeted the city. He targeted his country, and it touched the soul of the entire nation," Vice President of the United States Joe Biden said at a memorial for the three slain officers six days later. (Max Becherer/AP)