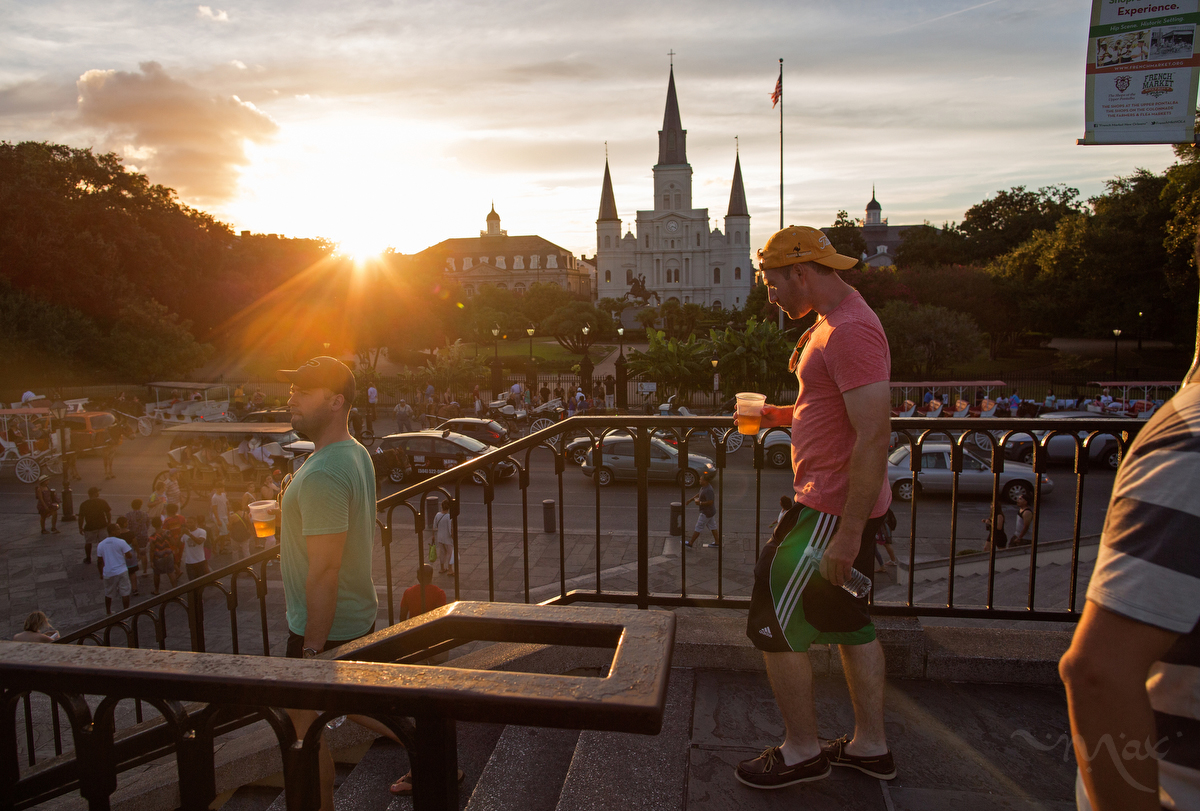 
NEW ORLEANS, LOUISIANA. Beer holding visitors enjoy the setting sun on Jackson Square at the heart of the French Quarter in New Orleans, Saturday, Aug. 15, 2015. Katrina seemed like the final blow to a city long in decline, suffering from urban crime, white flight, the vagaries of the energy market and gross mismanagement. Roughly 80 percent of the city was under water. Hundreds of people drowned inside their homes, their bodies floating in the muck. Hospitals and police were overwhelmed. The city emptied.Now, as people describe the city’s resurgence, they reach for metaphors that verge on the Biblical: a resurrection, an economic and cultural renaissance, a rebirth. (AP Photo/Max Becherer)