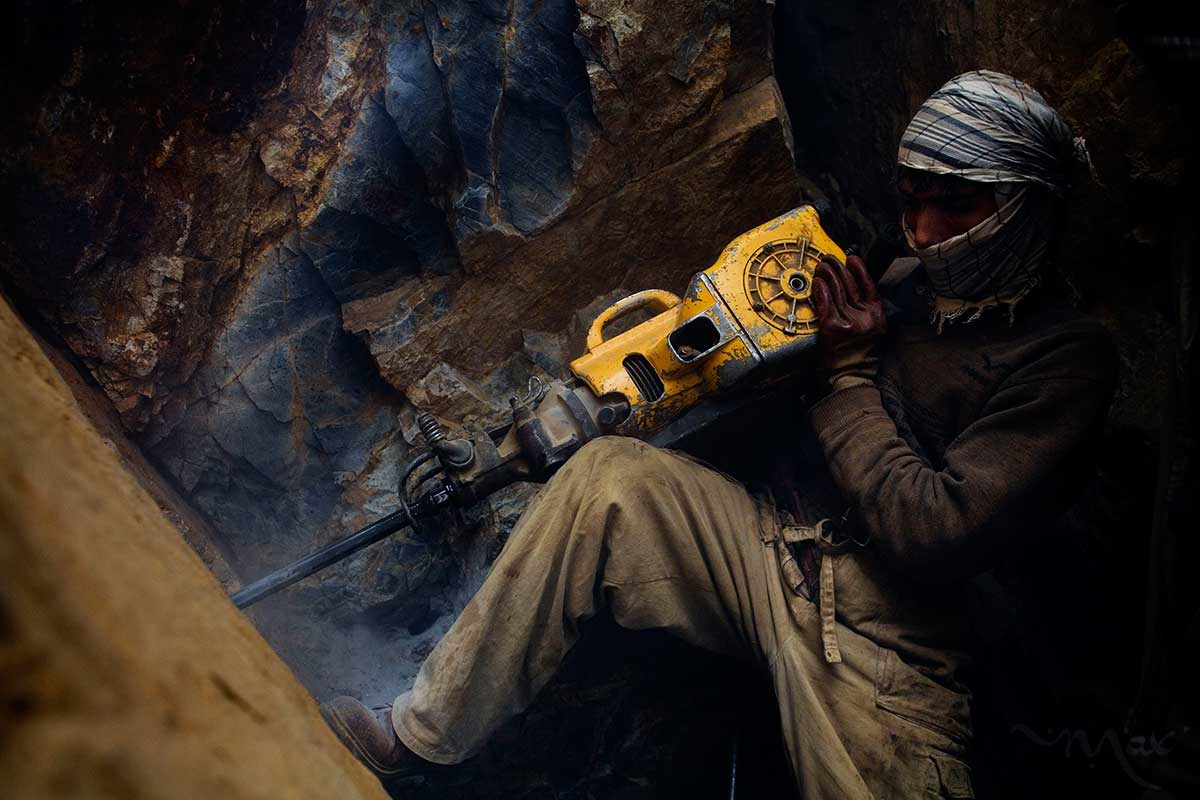 
Muhammad Zaid, 19, uses a Swiss jack hammer to make holes in the rock to place explosive in the mountains over the Panjshir Valley village of Khenj, Afghanistan on Wednesday, October 24, 2007. Zaid who is recently married with a child has only been been working in the mines with his father for a few months, but having the strongest back means he works the bucking jackhammer. With his father's help Zaid found a promising vein in the rock and has started his own mine. Zaid's most successful find has been from an emerald found on the ground in the middle of the night after he found thieves plundering his mine.