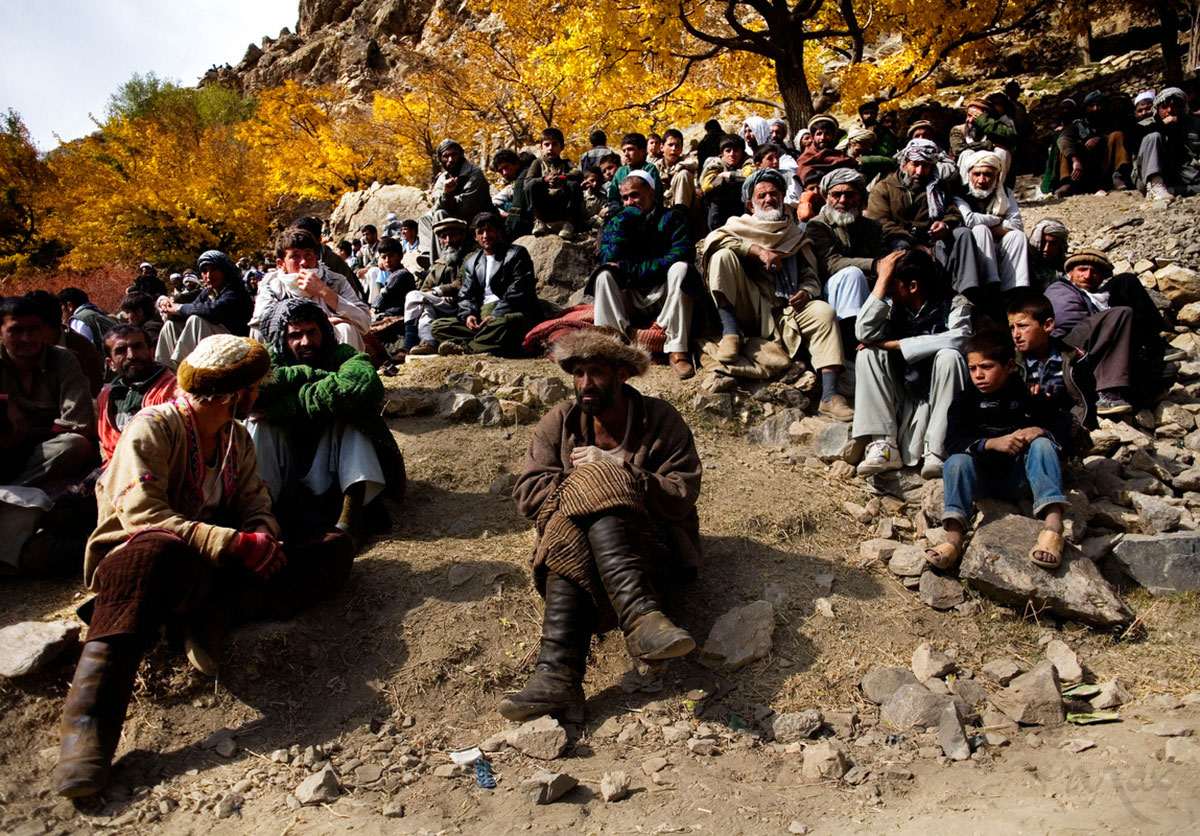 
A horseman of Khenj, Afghanistan, waits to compete in a game of buzkashi dressed in heavy clothing to protect him from the violence of the game and a hat made of fur. The popular game, banned under the Taliban, is a match between villagers on horseback pitted against each other to grab the carcass of a dead goat, or in this case, a dead calf, with its head cut off, and then bring it from one location in the playing field, around a flag and set it in a circle in another location.