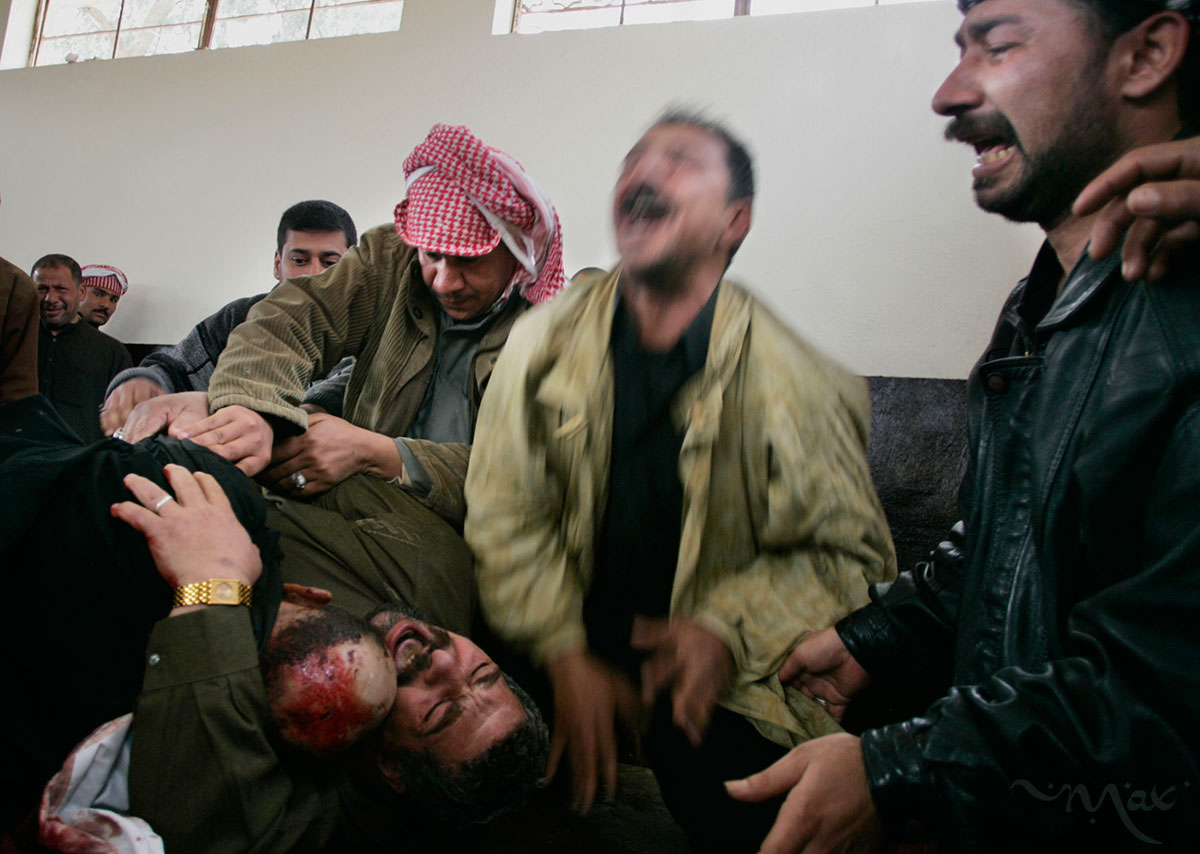 
Karim Rahim Judi Yacoubi, bottom left, holds the corpse of his dead brother, Naim, 37, as he and his brothers, Salim, center in a green jacket, and Hadi, right, scream out in grief in the washroom where Naim’s body was being prepared for burial in the Najaf cemetery. Naim was killed during a suicide bombing on Election Day in Baghdad.