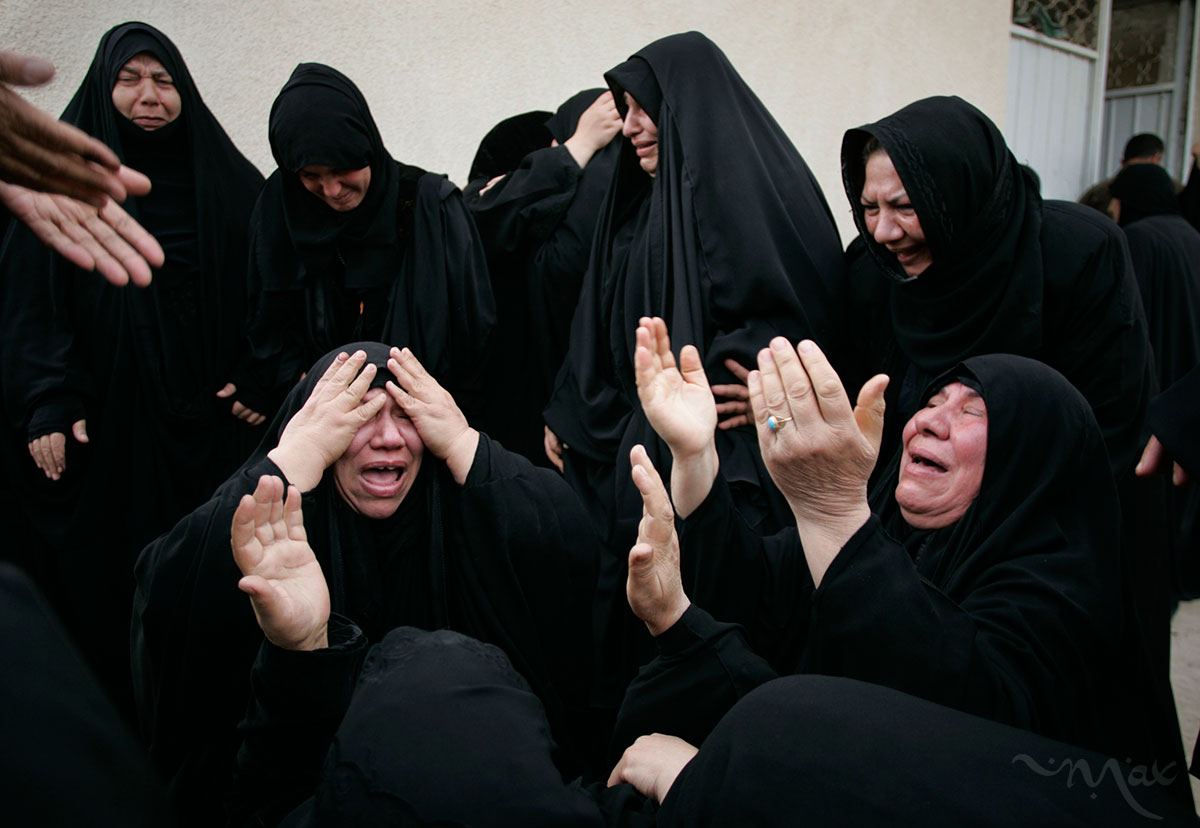 
Family members of Naim Rahim Judi Yacoubi, shout out in grief as they wait for his corpse to be washed and prepared for burial at the Najaf cemetery. Naim was killed while he was taking tea to election officials at an Iskin neighborhood polling station where he had voted earlier that day. While many Iraqis were joyous to have the opportunity to vote, others paid the ultimate price.