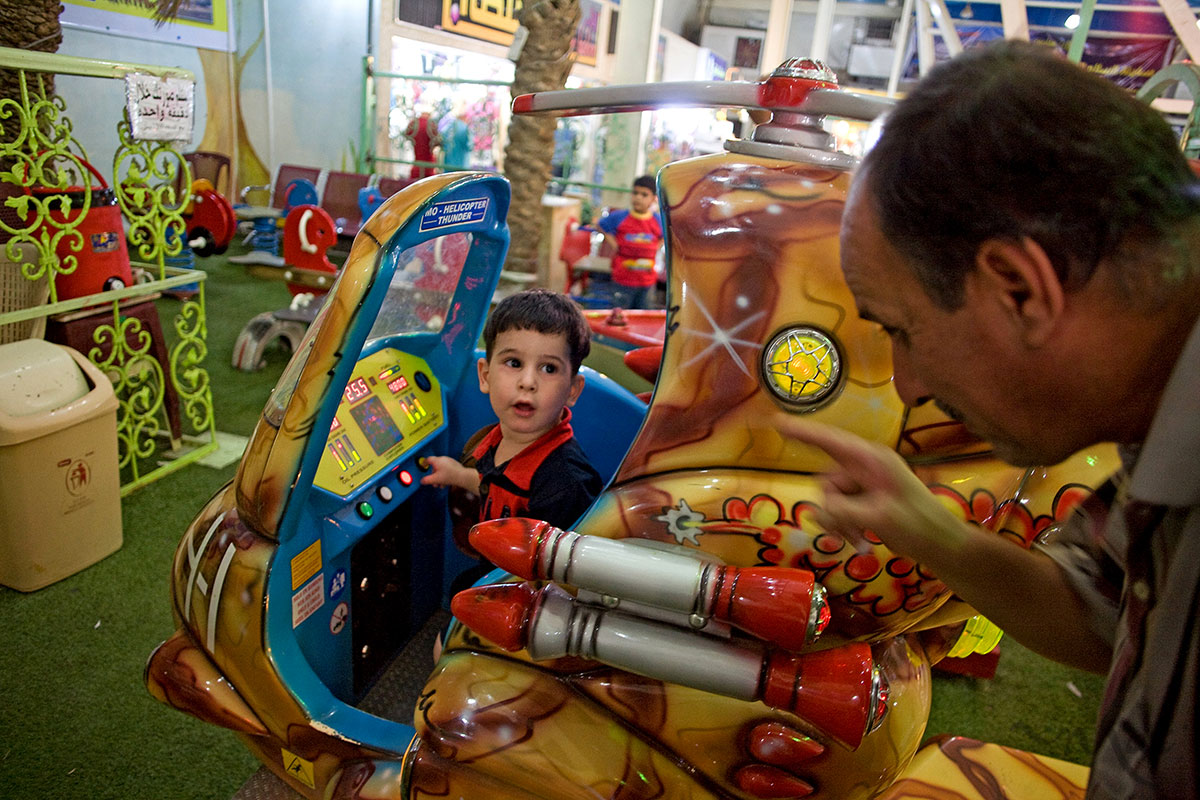 
Mohammed Qusai, left, gets instructions from his father on how to operate the buttons on a coin operated helicopter ride at the tent market in downtown Basra, Iraq on August 21, 2010. Helicopters have been a constant reminder of war for Iraqis as Saddam Hussein used them under the treaty of the 1991 Gulf War and terrorized Shiite resistance fighters who rose up during the Gulf War thinking the Americans would overthrow Saddam. Since 2003 American and British helicopters have been the main transportation of foreign soldiers around the country because the roads proved too dangerous. The current Iraqi Air Force has around 150 helicopters and plans to buy American made F-16 fighter jets.