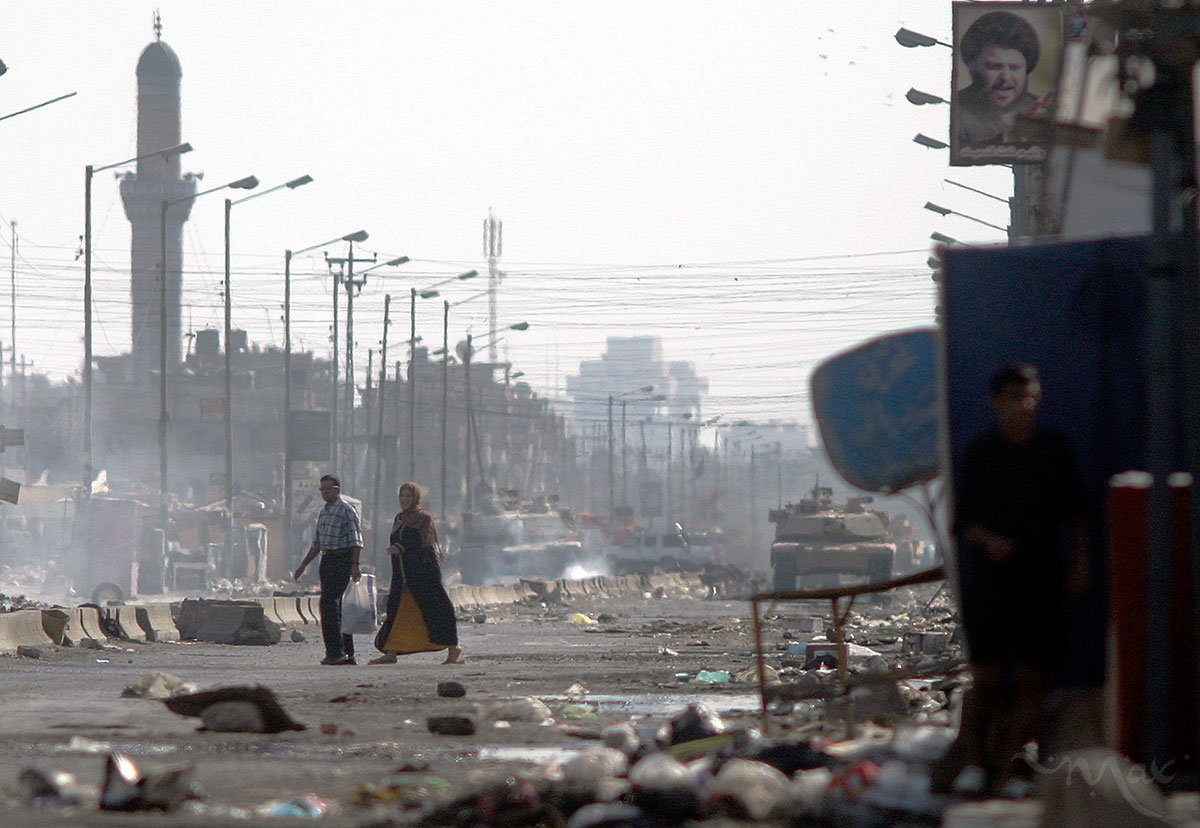 
A couple crosses a Sadr City street which is being watched by two U.S. tanks the day after a peace deal was made between Muqtada al-Sadr and Grand Ayatollah Ali al Sistani in Najaf. Battles between Shiite militants and U.S. forces in Sadr City left three dead and 25 injured on Saturday.