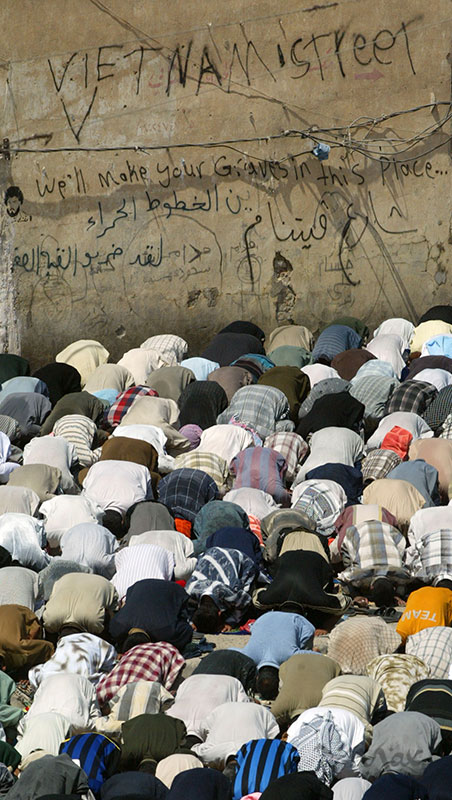 
In front of a wall painted with the message, "Vietnam Street: We'll make your graves in this place.." thousands of Shia men participate in midday prayers around the streets of Moqtada al-Sadr’s al Hekma Mosque. Sheikh Nasr al Sadr gave the sermon, which complained that the Allawi government and the U.S. were breaking the peace agreement that was signed in Najaf by storming a religious school in Najaf and disrespecting al-Sadr clerics. His sermon went on to list several other grievances but only hinted at any retaliation for these issues.