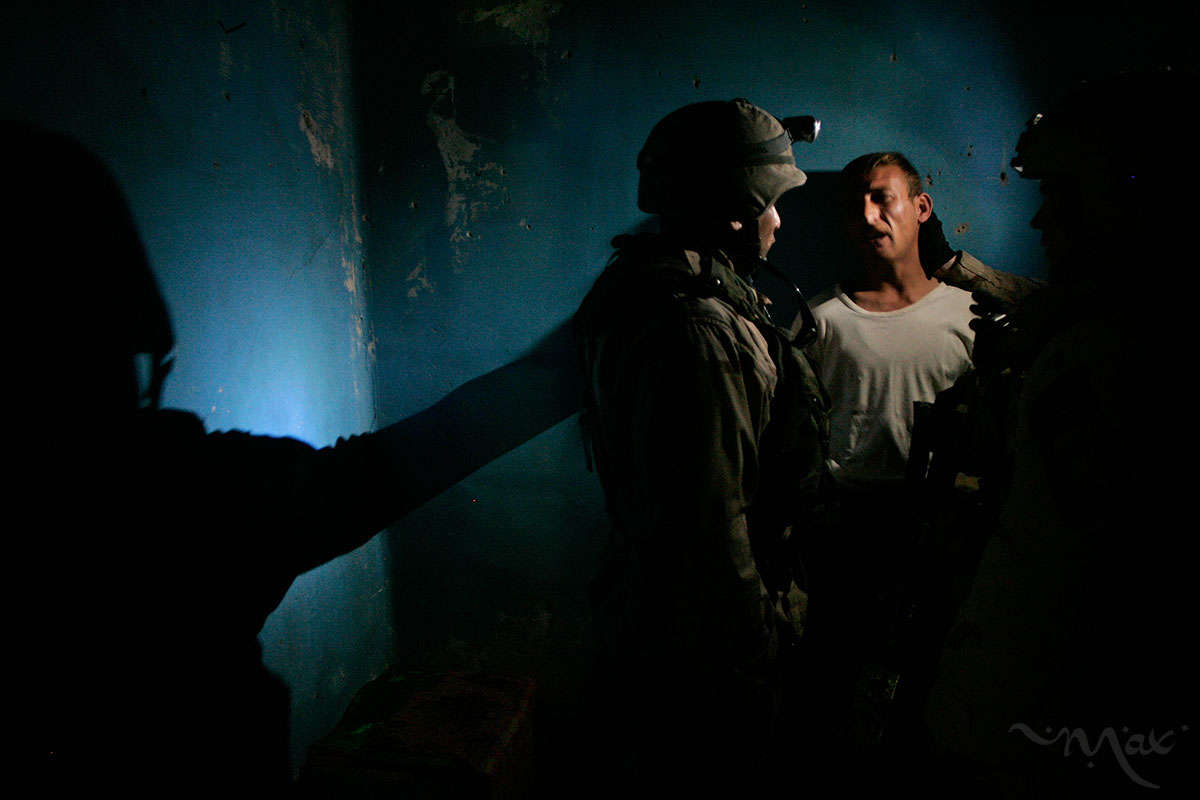 
U.S. soldiers, with the 1st Battalion, 24th Infantry Regiment, Bravo Company, question a man charged with being part of a mortar and improvised explosive device team in the Islah Zeral neighborhood of Mosul. U.S. and Iraqi Army forces raided his home and detained four other men after receiving a tip from Iraqi Army intelligence that the men in the home were part of a skilled mortar and IED making team. The soldiers hoped that the detained men would lead them to their mortars, but they did not. The men were taken into Iraqi Army custody and then later released to U.S. custody. One of the men detained was a master sergeant in Saddam Hussein’s Republican Guard, trained as a mortar man. A Mosul police station, called Four West, had received forty to fifty well-targeted rounds in the last few months by this team of men.