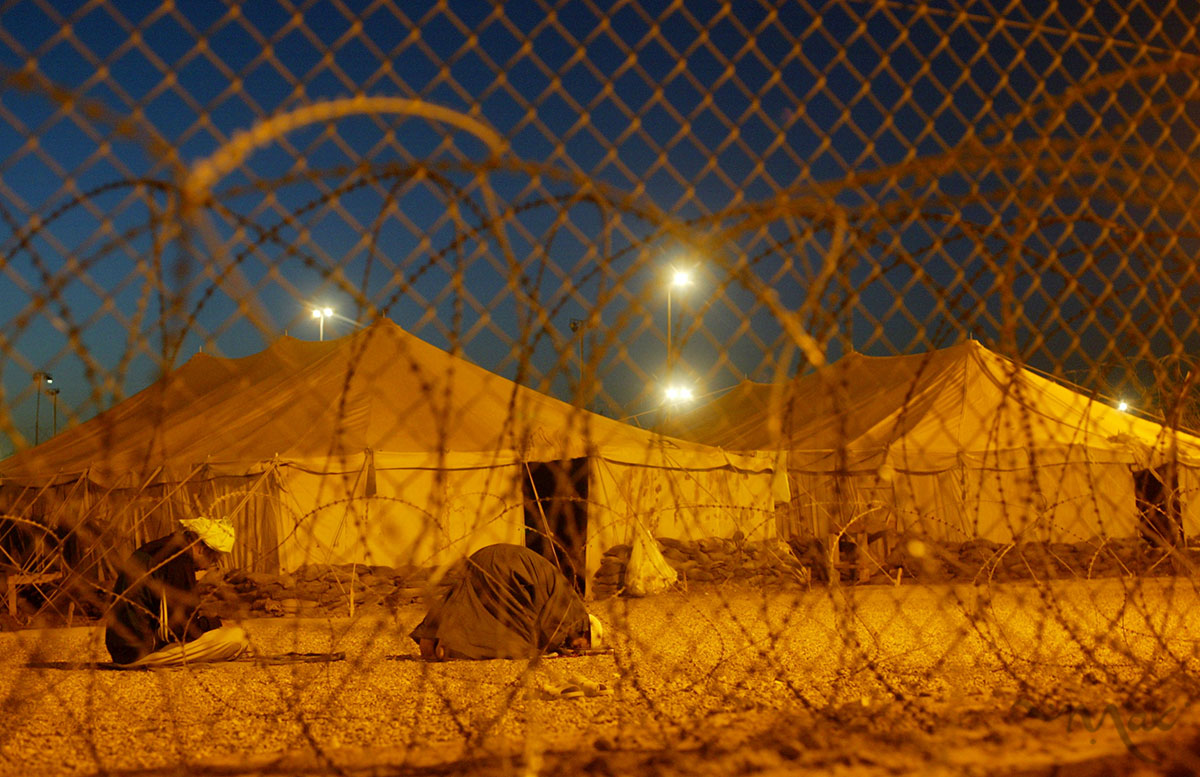 
Detainees pray, as dawn breaks over the level-one detention area of Camp Redemption at the Abu Ghraib prison complex. The camp has level one to four detention levels with the level-one camp housing the best-behaved prisoners. This camp was built after the prisoner abuse scandal made the prison infamous. The U.S. released the buildings where the abuse took place to the control of the Iraqis and now runs its operations in this new camp.