Photographer based in Islamabad, Pakistan: Children of the Gaza War 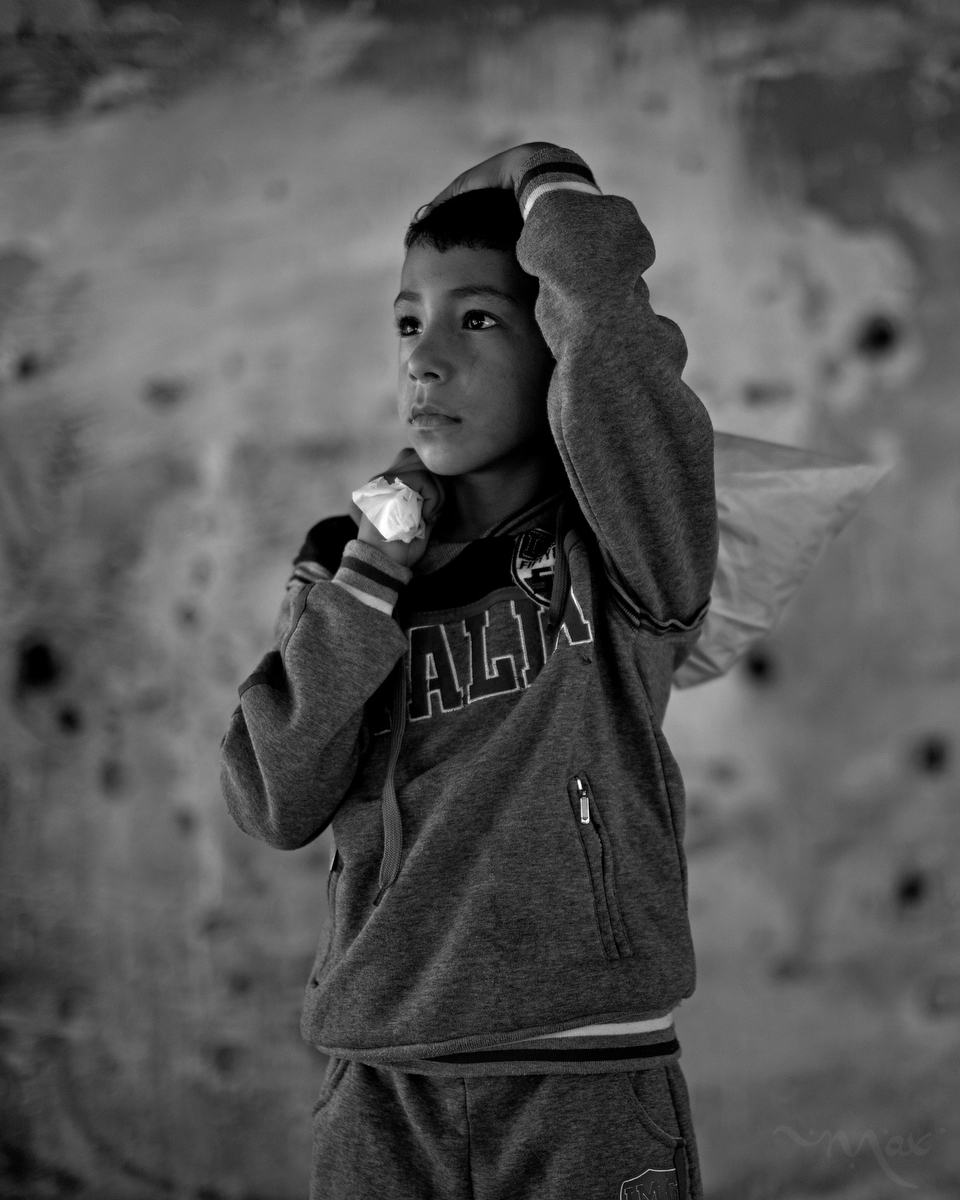 Children of the Gaza War


GAZA STRIP. Hafez Abbas, 9, stands in a destroyed building in the Beit Hanun neighborhood of the Gaza Strip on Tuesday, October 28, 2014.

“We had a very beautiful garden but it was totally demolished, I swear it was very beautiful. The IDF (Israeli Defense Force) called us so many times telling us to leave our house. We refused to evacuate the house but finally we had to leave and they totally destroyed it. We relocated to a UN school but it was bad. We had no water to drink. I am just now coming from my uncle’s house that was demolished by the IDF. I went to get some of my things from under the rubble but we found nothing, even the door disappeared.”