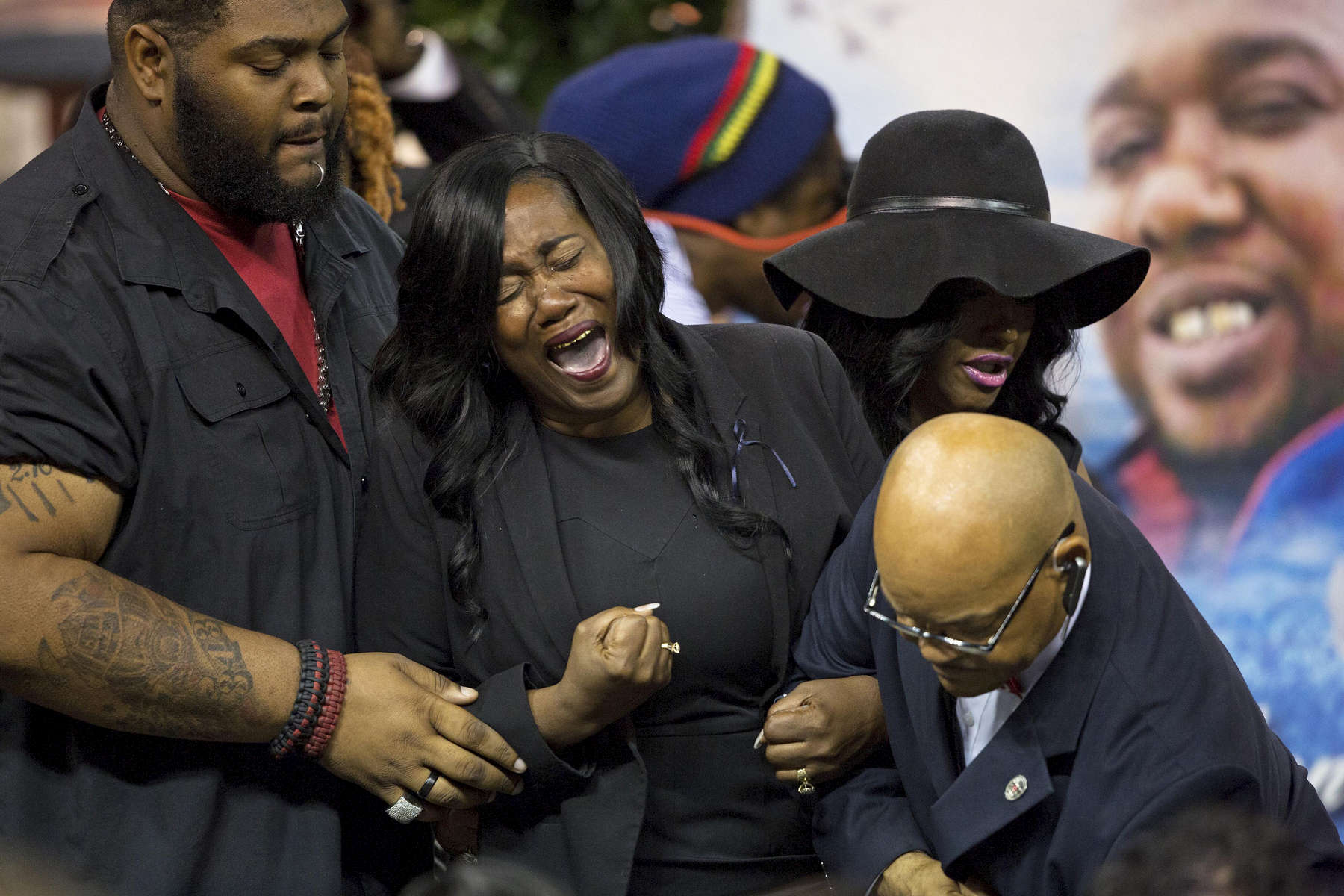 
Sandra Sterling, the aunt of Alton Sterling, a black CD seller captured on video being shot and killed by a white police officer on July 5th, cries out after viewing his body at the F.G. Clark Activity Center in Baton Rouge, La. USA, Friday, July 15, 2016. Rev. Al Sharpton, who spoke at the roughly three hour service, called for more accountability for police officers who kill African-Americans and reeled off a list of high-profile police shootings that have angered many in the black community: "We have an inferior judicial system that does not protect all of its citizens equally." (AP Photo/Max Becherer)