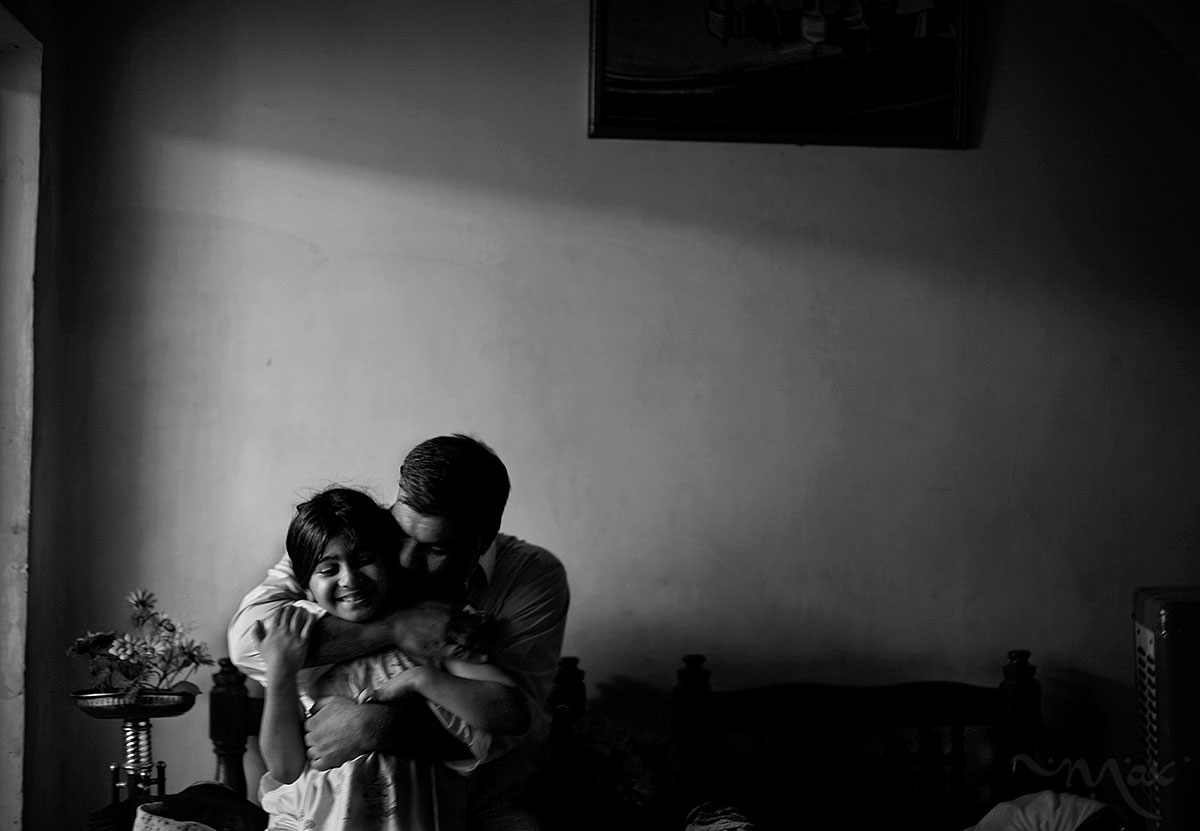 
BAGHDAD, IRAQ. Mohammad Raheem embraces his daughter and is momentarily relieved of the pain as he retells his experience in that very room four years ago to the day on Haifa Street in Baghdad, Iraq on Tuesday September 12, 2008. In 2004, a massive explosion shattered the windows of his home sending shards of glass flying through the room where he slept on the floor with his wife and three children between them. Mohammad’s face was cut by glass and so were the legs of his small daughter. The explosion was a car bomb targeting an American patrol, wounding soldiers in an U.S. tank and wounding Mohammad’s family. The improvement of security in Iraq during 2008 and the passing of time is slow to remove the emotional scars left after the burning tank was pulled away, the dead buried and the windows repaired.