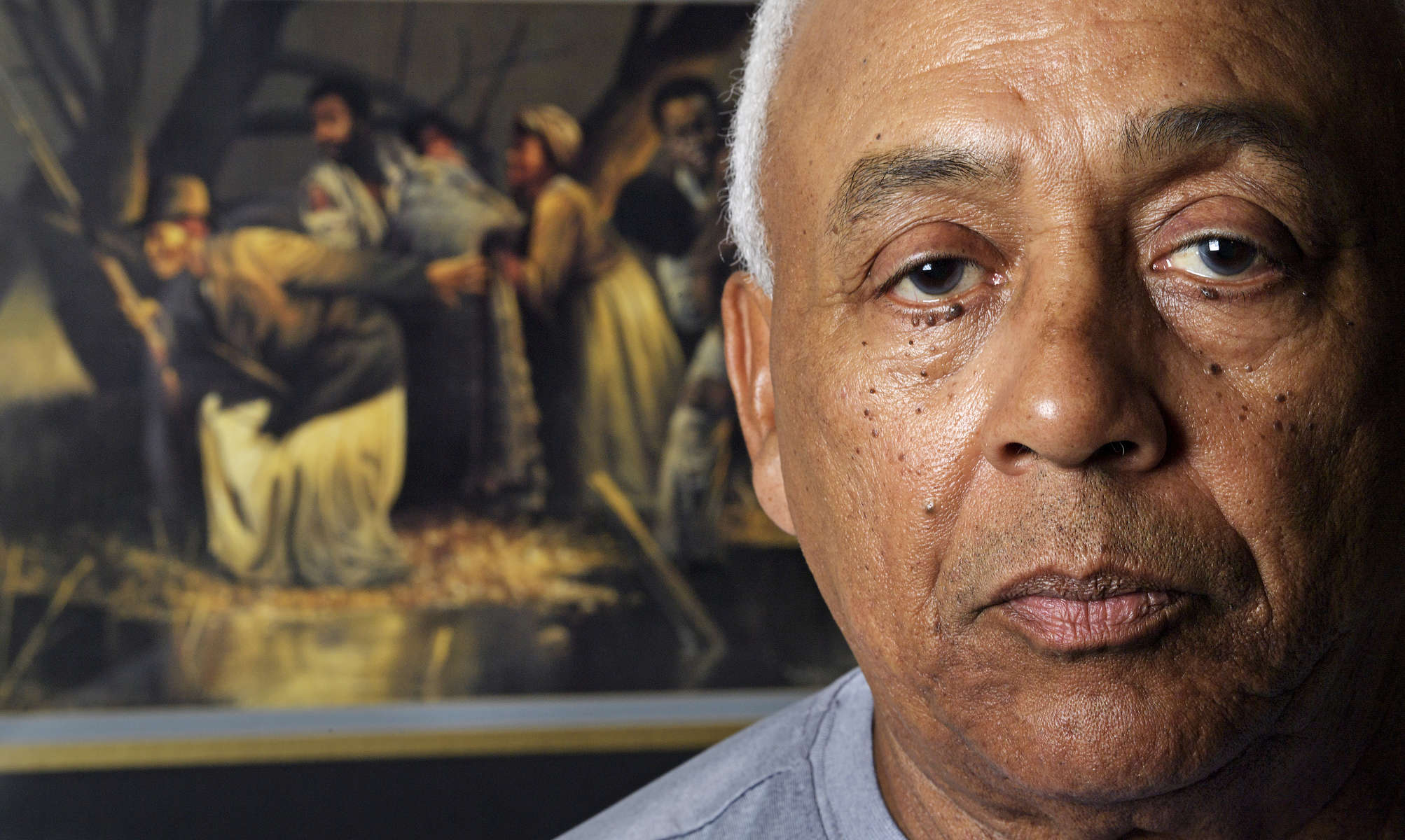 Portraits included in non-unanimous jury project that was awarded the 2019 Pulitzer Prize for Local Reporting. Wilfred Moliere, 68, is pictured in his home in front of a painting depicting a scene of the Underground Railroad in Marrero, La., Friday, April 20, 2018. Moliere was a holdout juror in the 1998 trial of Travis Hayes, which ended in a 10-2 vote. Hayes' murder conviction was later overturned.